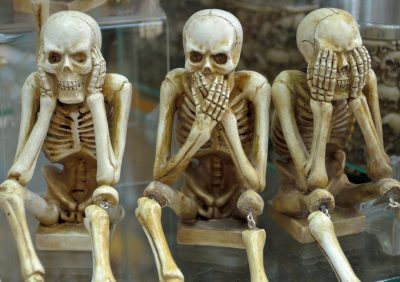 In conversation with CEOs, entrepreneurs and business owners, I frequently hear about individuals within the organisation whose performance is ‘sub-optimal’.

Digging a little deeper, I hear about the behaviours that make their contribution to the organisation questionable. Here are a few in terms of archetypes:

The list goes on but that will do for now. And of course the people concerned are often a toxic mix of 2 or more of these types.

Now these traits do not, on their own, make someone unemployable. And I know that I am capable of exhibiting some of these in certain circumstances, as are many of us. So let me give you some specific examples that I have met:

There are many more too. And in each case, the boss had failed to take decisive action over a long period of time. Why? Because in each case, the individual still brought some perceived value to the business. And because the fear of losing that value, and fear of the unknown, was greater than the prospect of something better.

Fear is crippling and it prevents us from seeing what’s going on, hearing what’s going on and calling it out. Just like the 3 monkeys in the picture. Failure to take action against this kind of behaviour, ends up supporting and condoning it – you become complicit in the problem. Hence the adage:

Evil prospers when the good man does nothing

So how do you determine whether you are really better off retaining these people, or letting them go?

Fortunately, there is killer question which helps clarify the thinking around this subject:

If the person concerned were to resign on a Friday, and ask for their job back on Monday, would you re-employ them?

If the answer is No, then you can be quite clear that you need to take action now, either by initiating a development plan for the individual, or by terminating employment.

Believe it or not, I have spoken to leaders of organisations that, when asked this question about their entire management team, have replied NO for each and every individual. How you can run a business on that basis beggars belief, but it happens. And, of course, this puts the leader in the spotlight as much as any member of their team.

So if you’re running an organisation, or part of one, and you answer No to this question in respect to any of your reports, I suggest you need to take action now, as it only becomes more difficult as time passes.

Terminating employment, except in the most extreme cases, raises ethical/moral questions that, without clarity, can bog the process right down – we all want to do the right thing.

I’ll shortly be writing another article on that very subject, so watch this space…