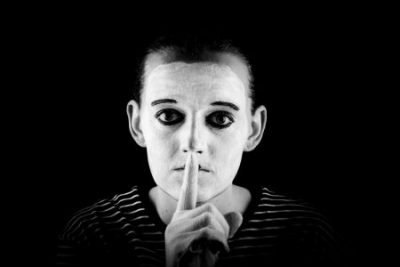 One of the most pernicious diseases that an organisation can suffer from is one that undermines the relationships upon which the whole enterprise is founded.

The disease I’m referring to is endemic to the point where you may not consider it to be a disease at all:

Now, by Gossip I’m referring specifically to idle chatter about someone who is not present. We’re not talking about a formal critique here, but rather a spouting of opinion, judgements, hearsay and tittle-tattle. It often masquerades as a justifiable analysis by a colleague. Sometimes it’s dressed up as the need to express feelings that the other person has evoked through their behaviour. Occasionally it’s framed as a warning to anyone willing to listen. We (I include myself) can all be very cunning when it comes to making out that Gossip is worthwhile.

I don’t include praise, appreciation, admiration and all the positive things you can say about someone, because they do no harm, quite the reverse.

But negativity does do harm by degrading and eroding the way people feel about each other and themselves. It does this to the speaker and the listener. The fact that it’s about someone not present does nothing to justify it. If they were present, the dialogue would almost certainly be quite different.

Here are a few simple tips that apply:

And if you want to see how gossip works in action then watch any reality TV show for some great examples and the aftermath that follows.

In summary, if we paid as much attention to what comes out of our mouths as to what we put in them, the world of work would be a very different place.