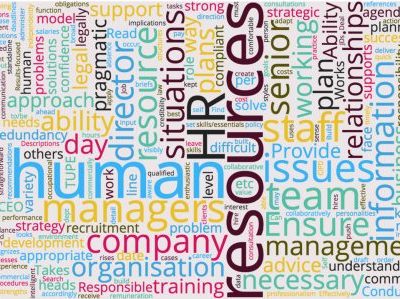 Now I know you probably haven’t even got time to do your own job, given the welter of legislation that you have to keep up with, the compensation and benefits admin, performance management, compliance, policy development etc. etc.

But as the Director of Human Resources, you are the go-to person for all things pink and fluffy, the intangible, hard-to-pin-down, human stuff. And you’re very good at it – certainly far more competent that some of your alpha colleagues.

You get that the real action is not in the mechanics of the business – the spreadsheets, the assets, the share price, the KPIs. No, it’s in the dynamics – the relationships, the values, the conversations, the aspirations which drive all the stuff that everyone else is so desperate to measure.

It may be soft to some but it has very hard-edged consequences once it plays out into the “real” world (which, as we both know is no more real than anything else).

So, as the maestro/a of this mysterious world, it’s no surprise that you’ll be the first person that the CEO turns to when something arises in their consciousness that doesn’t quite fit the world of organisational mechanics that they are so comfortable in.

Which, for the most part, is perfectly harmless – other than adding to your workload…

The problems start when the CEO wants to offload a responsibility which, as the ultimate executive authority, is intrinsically and fundamentally theirs.

When the CEO asks you to take the lead on Employee Engagement, be afraid, be very afraid. You see engagement works both ways. If employees are not engaged with the organisation, then the organisation is not engaged with them. If I hook up a trailer to my car, both are connected to each other. You can’t connect or disconnect one without connecting or disconnecting the other. Engagement is mutual – or there is no engagement. It’s a bit of a no-brainer really. When organisations talk about Employee Engagement, they are really missing the point and conveniently forgetting that it takes two to tango… or engage.

So when the CEO looks to impact Employee Engagement, she or he has to acknowledge their pivotal role in the project. Not just as an employee, but also as the leader. For anyone else to take the lead on an Employee Engagement initiative is to tell the organisation that EE does not apply to the CEO – and by implication, that they are not engaged with the organisation. Not the sort of message you’ll want to be putting out.

The inconvenient fact is that you can’t do it for them – no one can. But the good news for both of you is that it doesn’t require all that much effort or sophistication. Exactly how do they go about it? Well, I suspect being the successful HR professional that you are, you will have a pretty good hunch as to where to begin. And of course that won’t be the infamous Employee Engagement survey which actively disengages staff by communicating via a wall of technology instead of person-to-person.

A close relative of employee engagement, Culture Change also has to come from the leader, not a proxy. And the reason, as we both know, is simply that the culture of an organisation is always, to a greater or lesser extent, an expression of leadership mindset, thinking and behaviour.

So if the CEO wants a different culture, it starts with them.

A short anecdote will illustrate this:

A CEO complained to her coach that she didn’t have the power to change the way the company ran. The coach told her to carry a copy of The Economist with her at all times. After a couple of months, the coach asked her what she had noticed. “Nothing really, only that everyone seems to be reading The Economist now”…

Your job then is to remind the CEO that only they can effect sustainable change in both these examples. No one else can do it. And any resistance to accepting this simple fact just underlines the necessity of it.

But whatever you do, don’t do it for them!