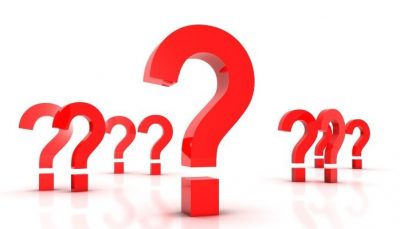 I’ve been reminded a number of times over the past few months just how powerful questions can be – often more potent than the answers.

A recent example of this was a management team looking for answers to some pretty nebulous issues – and I use the word nebulous in the positive sense – concerning responsibility, autonomy, status etc. At the outset it was clear that the directors’ answers were mutually exclusive – there was no way that we could construct a solution that would satisfy everyone.

Pushing the urge to scrabble for a successful outcome firmly out of my mind, we proceeded to discuss the issues openly, candidly and at times painfully. As the conversations progressed it became clear that, individually and collectively, the directors were becoming more and more comfortable with the prospect of change – even though it had yet to be defined. What was taking place was a letting go of the status quo which was only possible through reflection, rumination, conversation and questioning.

“If I had an hour to solve a problem and my life depended on the solution, I would spend the first 55 minutes determining the proper question to ask… for once I know the proper question, I could solve the problem in less than five minutes.” A. Einstein

Bizarrely, everyone was grimly holding onto their positions, painful as they were, in the expectation that any change would be for the worse. Perversely, the ‘proper’ question to ask was: What have you got to lose?

And what they had to lose was a lot of discomfort, stress and frustration with what they most wanted to maintain.

The challenge was not finding a solution – it was letting go of the past.

So the next time someone says: bring me solutions not problems, you might begin by asking them why?