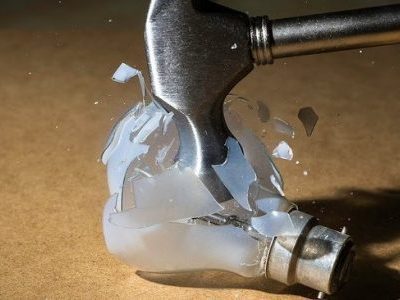 Now, take a deep breath and hold it for a few seconds… that’s better. Let the indignation and outrage dissipate slightly and prepare for a hopefully reasoned and balanced explanation of this inflammatory statement…

Firstly, I need to make a few things clear:

So what’s the fuss? Well it’s actually not to do with Engineers and Accountants per se. It’s very much about the kind of discipline and thinking that they can bring to organisations unless their appreciation of how organisations work has been greatly broadened through experience.

The kind of thinking I’m referring to is maybe best summarised by Maslow – of Pyramid fame – who said:

If all you have is a hammer, everything looks like a nail

Engineers learn how to make machines and structures using the laws of physics. (I know this is a very incomplete definition but it will do for now) So if this is all they know, they will tend to model and perceive an organisation in mechanical terms (or electrical, electronic, digital etc. etc.).

Accountants will tend to model organisations, particularly businesses, in financial terms using balance sheets, profit & loss and cashflow. Many decisions are taken purely on the basis of a spreadsheet and, in some cases, quite rightly.

However, reducing a business to a well-oiled machine or a well-crafted spreadsheet will, eventually, become unstuck, in spectacular style for 2 simple reasons:

The Environment is the economy with its social, political, cultural and economic variables, none of which can be modelled accurately, nor are they predictable with any degree of certainty.

The fundamental Elements of any business are its people. These too are unpredictable, fickle and chaotic. As Henry Ford said:

Why is it every time I ask for a pair of hands, they come with a brain attached?

I suspect he might include heart, soul, ego and will, if he were still around.

So a business that employs people (most do I suspect), and that operates in the real world, simply cannot pretend to be a machine… or a spreadsheet.

Here are some of the things that leadership says when it takes this kind of mechanical approach to organisations:

If you can’t measure it, it doesn’t matter…

The figures speak for themselves…

Focus on the outcomes and the rest will follow…

Up the bonuses and we’ll get more sales…

Once everyone knows what to do, I can leave them to get on with it…

Now all of these mindsets are symptomatic of a simplistic and reductionist approach to business.

A very simple illustration of how the relationship between cause and effect can be non-linear and counter-intuitive lies with pay and remuneration. The mechanistic received wisdom is that the more you pay, the more you get in return (peanuts, monkeys?):

When Andy’s boss decided to give Andy a rise he reckoned it would help keep the headhunters at bay and prevent Andy from leaving to go elsewhere. He felt it was well-deserved, particularly since Andy had been doing great work for the past 7 years.

The strategy was initially successful –  Andy could now no longer afford to leave the company and stayed put. But what Andy really wanted was a new challenge in a different environment – something his boss couldn’t offer. So the initial elation of more money soon changed to a feeling of being trapped. Something had to give and it did: Andy’s commitment, work ethic and performance. Eventually he left anyway.

This is a good example of a well-intentioned move having a totally counter-productive effect, not dissimilar to the photo at the top of this article.