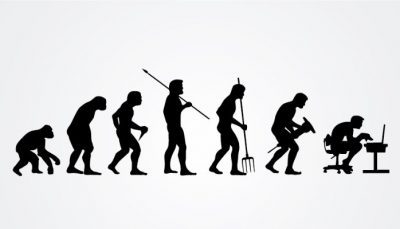 I had a very interesting chat recently in the hallowed halls of Edinburgh’s Royal Scots Club. I met with a guy who has had professional experiences not dissimilar to my own – usually a good basis for getting on.

He was describing how he had taken on a business which needed its rather staid and stagnant culture re-booting and refreshing. He told of how he’d had a degree of success in shifting attitudes and behaviours but had eventually hit a bit of a wall, or at least a situation of diminishing returns on the effort he was expending. Part of the problem was that the owner had stayed on, maintaining a presence in the business which was not altogether hands-off.

I empathised and suggested that another problem with trying to change the organisational dynamics is that over time organisations will attract people who match the culture, thus reinforcing it. A simple example of this would be that a business which defaults to micro-management rather than delegation will attract people that need to be told what to do. Conversely, the people that don’t suit that culture will leave, sooner or later.

This increases the inertia to change and facilitates regression and recidivism. Using the same example, employees that need to be told what to do will not suddenly start displaying autonomy and initiative. So the longer a business has been culturally static, the more difficult it will be to shift. Now that, I suppose, is pretty obvious and I’m not expecting to win any prizes for it. But what it does suggest to me, backed by my own experience, is that if you really want culture change, you’re going to have to replace people, because:

The People are the Culture.

Now, I’m not suggesting for a moment that changing the culture of an organisation requires wholesale redundancies – it doesn’t. But at the other end of the spectrum, bringing in a Consultant, a Mentor, a Coach or even an Interim Manager will not effect permanent change of itself. It might well have an initial positive impact, but once the influence is removed, the organisation will tend to revert to type – the dog in the picture will shake off the sunglasses.

If there is a critical mass of people that are comfortable with the status quo, the barriers to cultural change may be overwhelming and insurmountable.

Another insidious challenge is posed by those that claim that change is needed, whilst working to undermine any changes that are proposed. Surprisingly, this can happen at the very highest levels in an organisation – often unconsciously.

So what do you do?

Here are some insights that I’ve found very helpful in the work that I’ve done around shifting culture:

1. Organisational Culture is essentially the behaviour and attitude of the collective. The challenges are not dissimilar to those of changing the behaviour/attitude of an individual, with all the attendant issues, multiplied many times over.

2. It is not uncommon for the sponsor of change to be a significant barrier to change in their own right. Don’t believe they’re onside until their actions prove it.

3. Beware the ‘Hiding to Nothing’ – the situation where the forces arrayed against you will make your task impossible. Walk away.

4. Because we are responsible for our behaviour, only we can change it…

5. …therefore, you cannot effect sustainable change through coercion – it can only work through invitation.

This last point holds the secret for any project that requires a change in behaviour – put more bluntly:

…which is not considered best practice in any organisation these days.