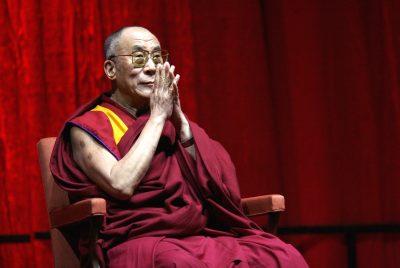 Why you should forget Charisma – and those that tell you how to get more.

A while back a client of mine asked me how he could get more Charisma. I suppose a better verb would be exude – how to exude more Charisma. (It’s already sounding unpleasant). I was a bit taken aback and hesitated before telling him that I thought it was probably one of those things that would take care of itself once he got to work on his other priorities.

And then I started to read more about various consultants, coaches and therapists offering to boost Charisma – even the odd (very odd) article on LinkedIn. The essence of it seems to be around making yourself more attractive to those you meet, consequently giving you the power to influence or even manipulate in order to achieve higher status, greater respect, trust and honour… and, of course, earning power.

Now I, like you I guess, have met charismatic people. They have a magnetic quality that draws you to them – there is a charm, a fascination, an allure which defies analysis; a combination of subtle behaviours which together create a potent effect.

In contrast, I have also met those who are clearly attempting to project a charismatic image based on what they think is attractive. And again, I’m guessing that you have too. It’s not pleasant, it grates, jars and repels. It seems to be completely counter-productive.

So Charisma does exist – and some are lucky (perhaps) to have it in buckets. Why, then, do I have a problem with trying to develop it. Here’s why:

We all want to be attractive in some way or another: we dress nicely, do our hair, put a bit of makeup on (some of us), speak nicely and do what we can to put others at ease with good manners. And that’s all good – I admire how effective these external accoutrements can be. The point is that they are external  -they’re a mask – and no one is under any other illusion. We all know that you take your make up off at night – that we don’t look the same first thing in the morning. We know that good clothes flatter us – make us look better. It’s all terribly superficial – and that’s fine.

But Charisma is something different. Originally associated with Grace, Charisma speaks of the inner person, the essential being – what is left when all the bits that we consciously add on, are stripped away. It’s the qualities that shine through regardless.

So when we make a direct attempt to improve these qualities, it immediately becomes make-up – a superficial veneer to ‘improve’ the reality.

The authenticity and integrity that are a fundamental part of true charisma are immediately compromised.

So, developing Charisma is intrinsically self-defeating – it won’t work.

And, from what I’ve seen of various attempts at it, it actually makes the individual less attractive.

So my take on the urge to be more charismatic is: forget it. The very idea that you need more, blocks your real self from shining through – the real self which is intrinsically more charismatic than any ideas you may have about yourself.