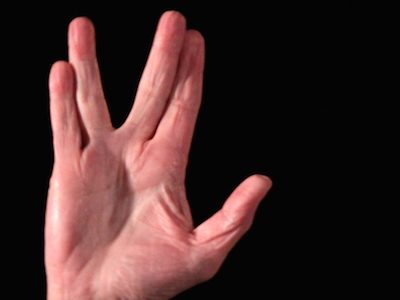 Why sticking with the facts will get you nowhere fast.

First things first: Having made such an outrageous, contentious statement, I’d better get some caveats in quick before you all turn my post to shreds! Here we go:

All the people I know, and I imagine those that you know too, think and feel. You think about stuff, analyse it, criticise it, judge it and decide eventually whether it fits your world view. If it does, it’s ‘right’, if it doesn’t it’s ‘wrong’. You may even decide that what you believe to be right is a fact – particularly if it’s been shown to be right by someone else – better still a scientist.

We also feel stuff – and that can range from hunches and inklings to certainty and insecurity. Feelings are good and bad – some are nice, some hurt.

Now I’m not a psychologist and this is not meant to be a rigorous treatise on the subject of decision-making. But I know from my own experience that I do not make decisions based on fact alone.

In fact I do not make decisions based on fact at all.

What seems to happen is that the facts, the logic, the rationale, all have an effect on the way that I feel about an issue – they inform my emotions. And indeed, some factual input may radically shift my feelings around a certain decision.

But, at the end of the day, when all is said and done, my decision is based on how I feel… and nothing else.

But don’t just take my word for it – let’s consider an extract from Emotional Intelligence by Daniel Goleman in which he examines the case of a lawyer who had a brain tumour removed:

There was a puzzling pattern to Elliot’s problem. Intellectually he was as bright as ever, but he used his time terribly, getting lost in minor details; he seemed to have lost all sense of priority… Elliot’s feelings had become computer-like… unable to assign values to differing possibilities.

Elliot was a man devoid of feeling that could not make decisions. It’s not that he made bad decisions, worse than before – he couldn’t make any decision.

So why do I think that this is important? Well for a start it should put a stop to people going on about how feelings have no place in decision-making. But more importantly, if we acknowledge that feelings are fundamental to taking any decision, it opens the door to the more subtle world of intuition and instinct.

So my hunch is that the more we acknowledge the role of feeling in decision-making, the more effective our decisions will become. Integrating logic and emotion in this way gives us far greater than the sum of the parts.

And that’s a fact.