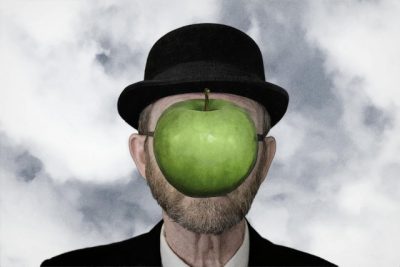 I’ve been coaching for over 15 years now and over that period I’ve familiarised myself with a number of coaching processes and methodologies, not to mention all those acronyms.

I’ve noticed how many of these methods try to tie down the multitude of ways that you can approach coaching – some even attempting to reduce the process to an algorithm.

That they have an impact is indisputable – if they didn’t, they wouldn’t sell. But here’s the thing, they generally tend to focus on Outcomes: whether that’s resolving a sticky issue, dealing with stress, managing conflict, promotion, change etc. etc.

Many of the symptoms that require intervention are exactly that – they are symptomsand can be a long way down the chain of cause and effect. And it’s so easy to end up focussing on the apparent cause of the issue, which is in reality just another effect. Let me cite an example:

Ken runs a medium-sized company which is doing well, thanks in part to Darren’s activities as Sales Director. But Ken finds Darren irritating and is becoming more abrasive, abrupt and sometimes downright rude to him. Ken’s not happy with his own behaviour and finds himself a coach to help deal with the problem. The coach meets them both and finds Darren rather difficult too. He identifies conflict and applies a process to manage it, if not resolve it. He teaches Ken techniques to bring his behaviour under control and everything improves…

Job done? Not quite. The problem is that in Ken’s eyes, Darren is everything he wanted to be at his age and the unpalatable fact is: he is consumed with envy. He hates the fact that Darren is on the fast track to success – he feels inadequate. Why is he making these comparisons? Because he’s always felt that he doesn’t really deserve his success – he feels like an Imposter that could be found out at any moment.

So the coach has given him some useful tools – but only as a sticking plaster. What Ken really needs is a more complete understanding of himself, what he feels and why he feels it. And in a sense that is all he needs to know. That in itself will make it impossible for Ken to react in the same way again – he cannot un-know what he knows.

This is Coaching for Insight – it’s about understanding your internal dynamics – it’snot therapy; it’s not going to miraculously solve all your problems; it will make you more at ease with who you are and it will help you relate to others. And it will impact the issues you’re facing as a consequence.

Coaching for Insight can’t use a template, process or algorithm. It has to be in the moment, led by close attention to what is said, what isn’t said and how it’s said. Intuition and feeling take the lead from reason and analysis. Reflection and observation replace judgement and decision.

So where do you start? One very good place is from the question:

“Who do you think you are?”