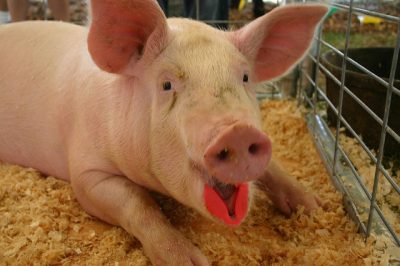 I regularly work with boards and senior management teams on Strategy, which as far as I’m concerned, essentially means working out: where we are; where we want to get to; how we’re going to get there. It’s a deceptively simple challenge – simple, not necessarily easy.

Occasionally, someone pipes up with: “Let’s talk about Values!” at which point my heart sinks and I brace myself for the predictable string of platitudes that will almost certainly follow: “We’re agile, customer-focused, lean, innovative, creative, we promote respect, excellence, integrity, a can-do attitude, we delight our customers…” and so on and so forth…

Now I have nothing against Values – I think I probably have a few myself. What rings hollow is the notion that a leadership team can pluck a few words out of the air and sincerely believe that they can ‘do some work on them’ in a meeting. Or even instil a few new ones as part of the strategy.

As I see it, statements around values are little more than lipstick on a pig – not only does it not improve the look of the pig, the pig is actually better off without it.

So the idea that you can imbue an organisation with values by articulating them, reminding people of them, exhorting staff to adopt them, writing them on a wall in reception, strikes me as the acme of ignorance.

The kind of values that seem to have real worth are embedded in the very fabric of the organisation. Let me give you an example:

Last week I visited a small business, growing fast and doing world-leading technology. I arrived and let myself into the unmanned reception area. After a couple of minutes someone appeared and asked if I was being looked after, even though they were clearly busy doing something else. I gave the name of the person I was visiting and waited. Another person appeared who asked the same thing… and then another, and another. All different people, preoccupied with other tasks, asking if I was being looked after.

Now that may not sound particularly noteworthy, but I have been in a similar situation many times when no one has bothered to even acknowledge me.

For me, this was a clear demonstration of perhaps the most important value of the lot:

All those that I met clearly cared a great deal for the job they were doing, their colleagues and even people hanging around in reception.

So how do you get an organisation to foster the right Values?

Well, the only way that I’ve seen leaders successfully establish real Values in an organisation, is to stop talking about them… and to start living them.