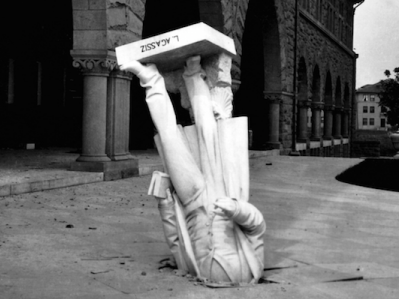 I have to admit to having a problem with the whole concept of Role Models. Let me explain:

Firstly I’ll lay out what I mean by a Role Model: Someone, anyone on whom someone else models their behaviour, for whatever reason. So this could be David Beckham, Mother Theresa, Oprah Winfrey, Nelson Mandela… you get the picture. It could be one of the many Business Role Models that get regularly mentioned on LinkedIn. It might even be your aunt or next door neighbour.

The first issue I have is that many of these wonderful people have a shadow – they’re not all sweetness and light, success and achievement, all heart and generosity. Just like you and me they have a messy, chaotic and sometimes unpleasant aspect to their makeups. Just cherry-picking the good bits seems to miss the point that we’re all human, warts and all.

So when one of these Role Models has the audacity to display behaviour beyond what is deemed acceptable and fails to live up to expectations, they get dumped like a hot potato. And Fallen Idols can have a very powerful, negative impact on their worshippers, particularly those in their formative years.

The second, perhaps larger issue, is that giving attention to what others do and how they live inevitably detracts from the attention that you give yourself and how you live. Constantly comparing your life with others’ is to diminish and debase your own worth.

Now, don’t get me wrong, there are plenty of people out there that I hold deep admiration for and would love (I think) to achieve some of the things they have achieved. I’m interested in what they do and how they do it – to a point. But I think this is very different from wanting to copy them, emulate them and certainly quite distinct from wanting to be them.

So it seems to me that the adoption of Role Models undermines and erodes the natural developmental process of discovering and accepting yourself, warts and all.

In fact I’d go so far as to say that it’s not only bad for your health, it doesn’t do the Role Model much good either.